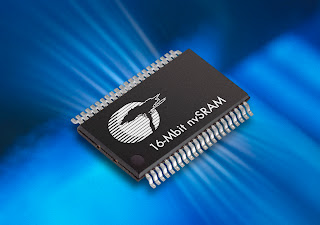 The 16-Mbit nvSRAMs offer access times as low as 25 ns, making them the fastest asynchronous non-volatile RAMs on the market. The new devices are offered with an optional integrated Real-Time Clock (RTC) that is not available in competing solutions. The RTC enables time-stamping of critical data to be logged. Cypress nvSRAMs feature infinite read, write and recall cycles, with 20-year data retention, making them the best solution for applications requiring continuous high-speed writing of data and absolute non-volatile data security.

“The new 16-Mbit family pushes the envelope of speed, density, and performance while delivering the same superior reliability that is the hallmark of our nvSRAM portfolio,” said Babak Taheri, Vice President of the Non-Volatile Products Business Unit at Cypress. “The synchronous NAND interfaces open multiple new markets to Cypress nvSRAMs and add to the breadth and flexibility of our overall non-volatile offerings.”