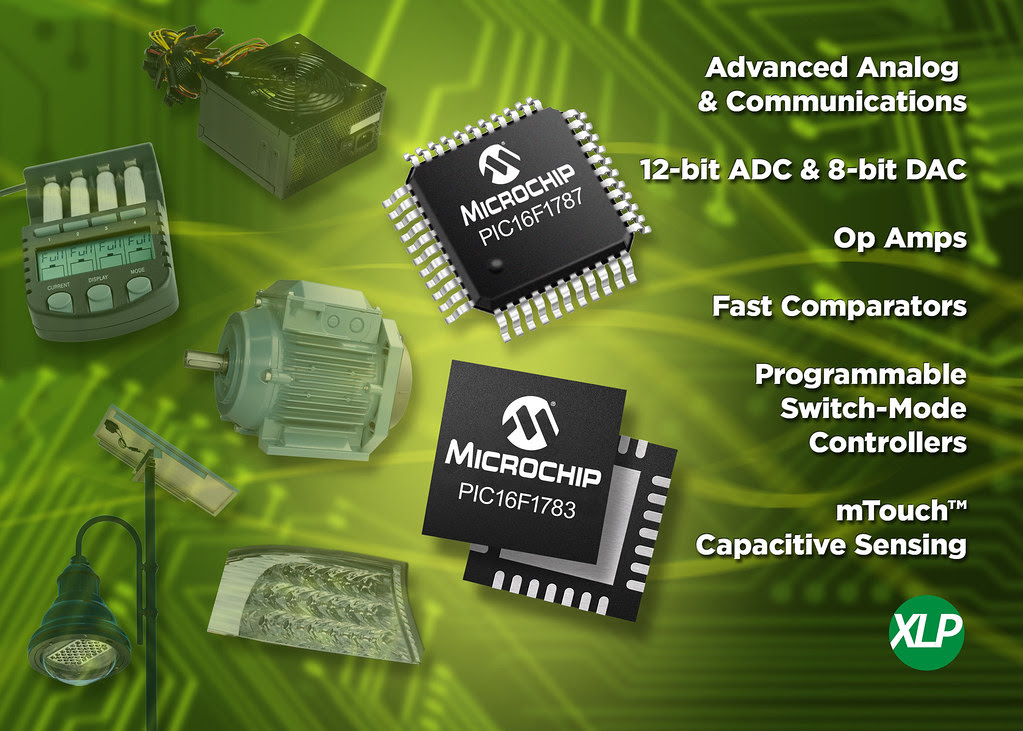 "The PIC16F(LF)178X family integrates considerable analog peripherals along with a versatile 8-bit PIC MCU,” said Steve Drehobl, vice president of Microchip’s Security, Microcontroller and Technology Development Division.  “This high analog integration enables designers to bring a new level of intelligence and flexibility to an ever-expanding assortment of applications, including those in the power-supply, power-management, motor-control and lighting markets, among others.”