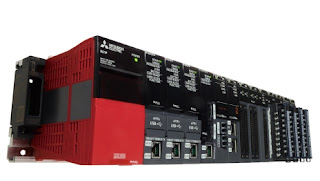 Mitsubishi Electric is pleased to announce that its revolutionary next generation iQ Platform, the iQ-R Controller Series is now available. Today’s manufacturing environment is already complex and fraught with competitive challenges, but tomorrow, the year after and four years after that will be even more taxing, especially as manufacturers contemplate concepts such as Big Data and the Internet of Things (IoT). However, with Mitsubishi Electric’s e-F@ctory concept re-enforced with the new iQ-R series, manufacturers can approach these challenges better prepared and can get ahead of their competitors, while benefiting from iQ-R’s advanced concepts and designs purporting to over 47 new patents – iQ-R is truly revolutionary.

Protection of your business, knowhow and manufacturing processes are increasingly important and iQ-R has been designed to meet these needs bringing peace of mind to its users. The continuing threat from external unauthorized access to control systems has led Mitsubishi Electric to design the iQ-R with various protective features such as IP address filtering to prevent unapproved access to the system; knowhow is protected with strengthened password and program encryption and finally production can be protected by easy, flexible and cost effective system configuration with redundant CPUs using standard CPU technology. Added to this is Mitsubishi’s well known focus on backward compatibility where existing installed hardware can continue to be utilized well in to the future and you have a picture of a programmable control concept that is designed to reduce Total Cost of Ownership (TCO) from all facets of the business. This is also true for programming support as the new GX Works3 compliments iQ-R perfectly with its multi-language interface which will be ideal for companies with international export business, while its other innovative functions help significantly reduce development time through effective reuse of existing software assets.

Speed is also a keyword with iQ-R Series. Not only are the processors optimized for consistent, reliable manufacturing operation, and are up to eight times faster than the proceeding QCPU, but when combined with the new high speed bus, users will see an increased throughput of around 40 times the current iQ Platform which was already one of the fastest systems on the market. This massive speed increase means manufacturing with greater response which can be used to increase quality through more rapid reaction to changes in parameters, perform greater control and co-ordination between complex motion tasks or even greater resolution for energy management tasks such as load balancing or peak management for example. iQ-R really is putting its users in control.

The deliberate and structured reduction in engineering load starts with the programming interface GX Works3 which increases program reusability while at the same time provides advanced options for monitoring and fault diagnosis but also increased options for protecting and managing the users programming assets. Additionally, iQ-R series has new features for auto-saving operational data especially error flags and occurrences so that maintenance engineers can quickly diagnose operational performance from the stored historical data. The new memory dump feature allows active information to be automatically saved to the SD card detailing timing and error conditions, and status information; protecting this vital data even if the most serious event occurs.

In summary, MELSEC iQ-R Series is a proud successor of the original iQ Platform extending its features and functions while reducing engineering effort. It has been designed to optimize all aspects affecting TCO while delivering outstanding performance. Its data management, processing and programming flexibility along with the future roadmap of extensive functions, modules and options while continuously supporting existing legacy systems means that iQ-R should be in the toolbox of any serious automation engineer who wants to tackle the future challenges.