Smoke spill fans and motors are designed to be capable of operating during a fire long enough to expel smoke until the occupants of the building are evacuated.

They are used in high-rise buildings, tunnels and similar applications.

While many in the industry are aware of the term and its definition under Australian Standards 1668, there is some confusion among motor and fan suppliers on what features their particular motor should incorporate to ensure its stability for this application. 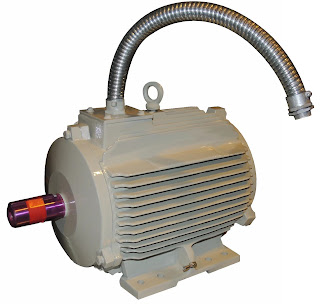 Standardized testing procedures are to be put in place soon that should result in a clearer understanding of smoke spill requirements and thus help dispel this confusion. Keen to take the initiative in this matter and establish our own smoke spill question, WE undertook a series of tests on tis motors.

The motor/fan assembly (which had previously been run in normal conditions until the motor's running temperature had stabilized) was placed in a preheated oven and reconnected.

After the test temperature was reached and had stabilized, timing began.

The whole testing program was witnessed by independent inspection and testing agency ETRS. The three tests conducted were:

And the results? In all cases the motors were still performing satisfactorily at the conclusion of the test.

Detailed reports on all three tests, including all relevant conditions and criteria and ETRS inspection reports are available to interested readers.